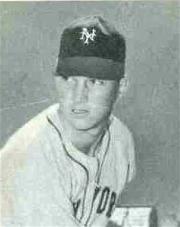 The Cleveland Indians signed 19-year-old Sheldon Jones as an amateur free agent before the 1941 season and assigned him to the Oklahoma City Indians of the class A1 Texas League. He appeared in 26 games, winning 1 and losing 10 with a 5.46 ERA and was then sent to the Salina Millers of the class C Western Association, going 1-5 with a 3.13 ERA.

Before the 1942 season, the pitcher was returned to Oklahoma City after expiration of the minor league working agreement. He was then obtained by the New York Giants as part of a new minor league working agreement. Sheldon started 1942 in the class C Western Association with the Fort Smith Giants, winning 9 and losing 7 in 21 games, before going back to the Oklahoma City Indians where he fell again to an 0-3 record. Jones finished up the year in the class AA International League with the Jersey City Giants, pitching 11 innings with no decisions.

World War II was underway and Jones spent 1943 through 1945 in military service.

Sheldon returned to baseball from the military in 1946, a different pitcher. He started out in the class A South Atlantic League with the Jacksonville Tars, going 19-9 with a 2.56 ERA and this gave him his first chance at the major leagues. The Giants called for him in late season and he got into 6 games, winning 1 and losing 2 with a 3.21 ERA.

In 1947, he started out in the AAA International League with Jersey City, building a 13-3 record with a 3.20 ERA and again got a call from the New York Giants. He finished out the season with the big leaguers, winning 2 and losing 2 with a 3.88 ERA.

Jones was to spend the next four seasons, 1948 through 1951, with the Giants. His best season was in 1948, when he finished with 16 wins and 8 losses and a 3.35 ERA. He also appeared in two games in the 1951 World Series, against the New York Yankees, pitching 4 innings with no decisions.

1953 saw Jones appear in 22 games for Chicago, going 0-2 and he was sent down to the AAA International League, where he joined the Springfield Cubs and went 3-5 with a 3.65 ERA. This was to be his last year in the major leagues.

Sheldon or "Available" as he was sometimes called spent his 1954 season in professional baseball with the Pacific Coast League's Los Angeles Angels. He posted a 3-6 record with a 4.86 ERA and called it a career.