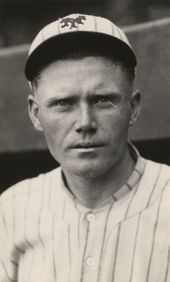 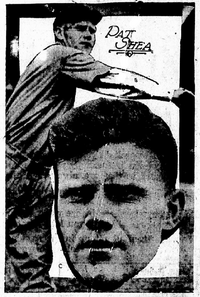 Nineteen year old Red Shea pitched in three games for the 1918 Philadelphia Athletics before being sent to the minors. He went 27-7 with a 2.63 ERA and 7 shutouts for the Toronto Maple Leafs in 1920 before being acquired by the New York Giants after the season. He spent parts of the next two years with the Giants before going back to the minor leagues.

Following his baseball career, Shea was a policeman in Newark, New Jersey.