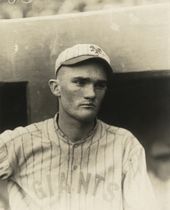 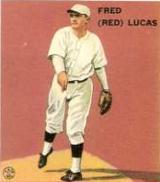 Red Lucas was a good-hitting pitcher who played second base as well as pitching early in his career. His best quality was exceptional control. His 1.6 BB/9 is 20th all-time. He led the National League in complete games three times and once had a stretch of completing 27 consecutive starts, covering 250 consecutive innings. This was in part due to his excellent hitting which made it unnecessary to pinch hit for him even when his team was trailing. His style was to pitch to contact and to rarely attempt to strike out an opposite batter. His season-high for strikeouts was a mere 72, in spite of regularly topping 200 innings pitched. He had his best seasons with the Cincinnati Reds and Pittsburgh Pirates.

His career batting average was .281 which includes 114 pinch hits and 437 pinch at-bats which were major league records for many years.