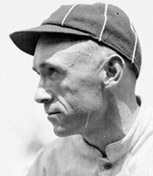 The New York Times of March 18, 1911 said that Justin Fitzgerald (sometimes called "Mike Fitzgerald") was negotiating with manager Hal Chase of the New York Yankees. Fitzgerald was giving Chase "first call on his services" but he wanted to finish school first. He coached for his alma mater, Santa Clara University, in 1916, 1927-1929 and 1935-1939. He also scouted for the Seattle Rainiers.