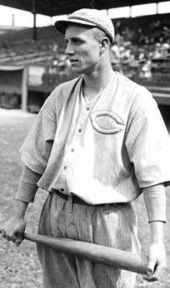 Note: This page is for Jimmy Smith, major league player in 1914-1922. For other players with similar names click here.

Jimmy Smith, who had been at Duquesne University in 1914, broke into the majors with the Federal League later that year. He was the youngest player in the league at age 19. In all, he played for seven teams in an eight-year major league career.