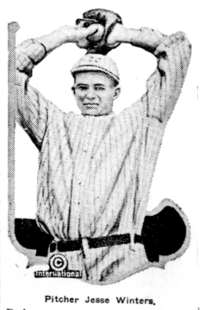 Following his death, he was interred at Elmwood Memorial Park in Abilene, Texas.

He was the first major leaguer named Winters. Later players with that name include Clarence Winters and Matt Winters.