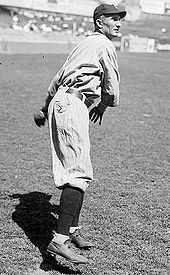 At age 23, Jack Farmer played second base as part of the double-play combo with 42-year-old shortstop Honus Wagner. Farmer was one of six players who had at least 20 games at second base that year, and he was the one with the most games.

Jack was the only major leaguer from Cumberland University for nearly 100 years, until Luis Martinez came up in 2011. Through 2019, he is one of eight major leaguers with the last name Farmer.