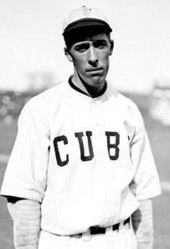 From 1924-27 he was not in the majors. In December 1927, the Pittsburgh Pirates acquired him from Wichita Falls. His best major league season was 1928, when he pitched 159.7 innings, with an ERA that was better than the league average. Fussell was a couple years younger than the star of the pitching staff, Burleigh Grimes. The Pirates went 85-67, continuing Fussell's trend of playing for above-average teams. He stayed with the 1929 Pirates, a team that finished second in the 1929 National League behind his former team, the Chicago Cubs, but he was not effective.

Although his nickname is the "Midnight Ace", he was not given that nickname until he pitched a no-hitter in 1933 in the International League in a twilight game.