Also known as: The Vet

Veterans Stadium in Philadelphia was a classic multipurpose stadium in the same design as Riverfront Stadium and Three Rivers Stadium. It was an octorad in shape that resembled a concrete ashtray. The turf was also vilified as "green concrete".

Ground for the Vet was broken on October 2, 1967. The stadium was dedicated in a ceremony on April 4, 1971. The first event was Opening Day, 1971 against the Montreal Expos. 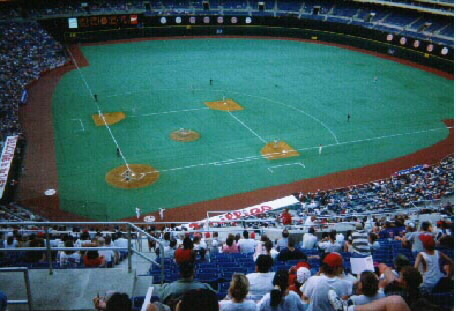