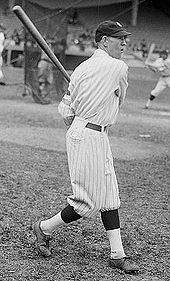 Catcher Roxy Walters played eleven years in the majors, never getting more than 258 at-bats in a season. He was with the New York Yankees in the deadball era before Babe Ruth joined them, and then spent most of the rest of his major league career with the Boston Red Sox.

In 1926 and 1927 he played in the Pacific Coast League, and in 1928 he was a star pitcher-outfielder in the Utah-Idaho League