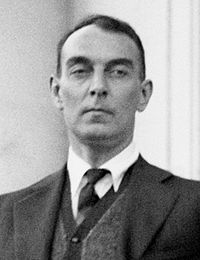 A "You Know Me Al" comic strip from 1922. Continuation of the character from the book of the same name.

Beginning his career in South Bend, Indiana in 1905, Ring Lardner was a noted columnist and satirist. He worked for many papers in Chicago, IL and Boston, MA before being hired by a syndicate in 1919. He is the author of You Know Me Al (1916), one of the first baseball novels aimed at adults ever published.

At the end of his life, Lardner was plagued by ill health. He died of a heart attack and complications of tuberculosis at age 48. He was awarded the J.G. Taylor Spink Award posthumously in 1963, becoming the award's second winner after its namesake.

This page is in need of some additional content. Please help the Bullpen by expanding it, or learn how to contribute.
Retrieved from "https://www.baseball-reference.com/bpv/index.php?title=Ring_Lardner&oldid=1168898"
Categories:
Hidden category: