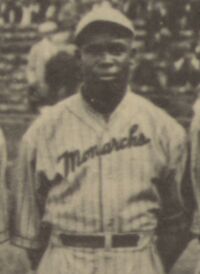 A gutty hustler, always full of pep and chatter, Newt Joseph was a husky little third baseman who was "chesty" and made the most of his modest talents. He was the Kansas City Monarchs' third baseman during the 1920s and early 1930s, when he and second baseman Newt Allen were roommates and were almost inseparable. On the field he was hotheaded and sometimes even mean, and off the field he was mischievous, sometimes shooting rabbits out of the bus window. He had a good arm but not good hands. Although weak on sharply hit balls, he excelled on slowly hit balls and making the throw to first without raising up. He was a strong-wristed clutch hitter. A smart player, he was an expert at stealing signals, and later in his career he became the manager of the Monarchs' traveling team that featured Satchel Paige and was sometimes billed as "Satchel Paige's All-Stars".

His brother Wilson Joseph also played in the Negro Leagues.