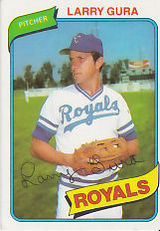 In 1992, he was inducted into the Kansas City Royals Hall of Fame.