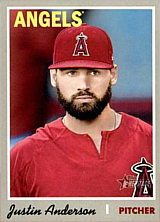 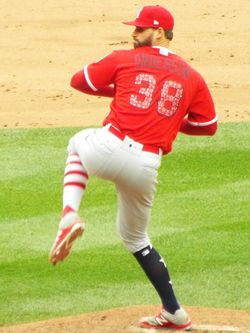 Pitcher Justin Anderson was picked in the 14th round of the 2014 amateur draft by the Los Angeles Angels of Anaheim, out of the University of Texas at San Antonio. The scout was Rudy Vasquez. He began his professional career that year with the AZL Angels and also pitched for the Orem Owlz of the Pioneer League. Combined, he went 1-4, 8.07 in 13 games, including 7 starts.

In 2017, he was a non-roster invitee to the Angels' spring training. On March 24th, he was one of eight Angels pitchers combining on a 4-0 no-hitter of the Seattle Mariners in a Grapefruit League game.