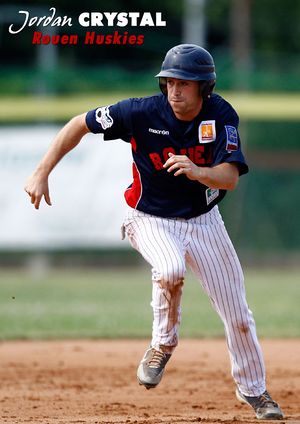 Jordan Crystal was briefly a member of the Normal CornBelters of the independent Frontier League in 2010, having been signed on February 16, and being released on May 16.

Crystal led the Huskies both on the mound and at the plate in the 2011 Challenge de France. He batted 9-for-22 (.409) with 7 runs scored and 7 RBI. In his lone start versus Montpellier, Crystal pitched 6 shutout innings with 6 strikeouts to earn the win. He was named the tournament MVP for tournament champion Huskies.