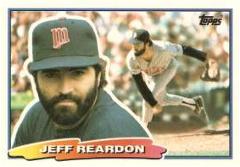 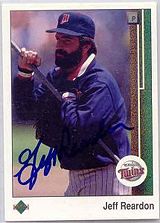 Jeff Reardon was arrested for robbing a jewelry store in Palm Beach Gardens, Florida on December 26, 2005. He gave the employees a note that he had a gun, and then he made off with an unknown amount of cash. He was arrested later at a restaurant. His lawyer told authorities that depression medication that Reardon was taking was to blame. Reardon had been on the medication since his 20-year-old son had died of a drug overdose.