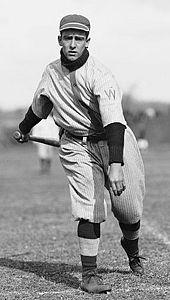 Jack Calvo was the ballplaying name of a player who managed to play both in the Negro Leagues and the white major leagues. Although he played the Negro game, he was light enough for the white game.

Both the 1913 and 1920 teams featured Walter Johnson and were managed by Clark Griffith.