The New York Highlanders played in Hilltop Park from 1903 through 1912, when they joined their intracity rival the New York Giants at the Polo Grounds. One notable feature of this park is the unheard-of 542 foot center field fence. The Giants played part of the 1911 season here while the Polo Grounds was rebuilt after a fire. 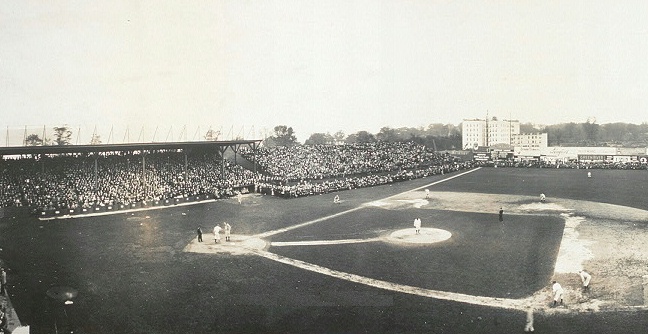 Located at one of the highest points in Manhattan, NY, the site is now the home of Columbia Presbyterian Hospital, where a plaque marks the approximate location of home plate.