Henry Thielman pitched two years in the majors, mostly with the 1902 Cincinnati Reds, and also played outfield. He was a star pitcher with the 1903 Jersey City Skeeters, going 23-5. After two more years with the team, he became a dentist, as did his teammate on the 1903 Skeeters, Mickey Doolan, who went on to have a major league career before becoming a dentist. He is the brother of Jake Thielman. 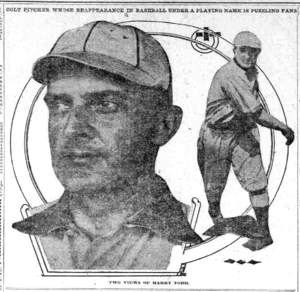