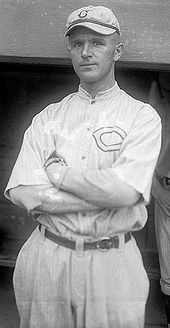 Hank Schreiber played pieces of five years in the majors, but never two years in a row. He also had 15 minor league seasons.

Hank started in pro ball in 1913, mostly with the Duluth White Sox, and had his major league debut with one game in April 2014 for the 1914 Chicago White Sox. After some time in the minors with Lincoln and Duluth, he then came back to the majors for two games with the 1917 Boston Braves, although he was with the Lawrence Barristers most of the year.

He spent a couple seasons with the Columbus Senators and two more with Indianapolis, coming back to the Bigs with the 1926 Chicago Cubs for ten games at age 34. He had two more seasons in the minors after that.

In the majors he mostly played third base, but in the minors he was usually a shortstop.