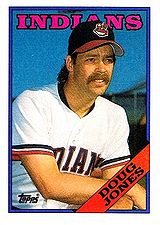 Doug Jones was inducted into the Indiana Baseball Hall of Fame in 2006.

After retiring as a player, Jones was an assistant coach at Pusch Ridge Christian Academy. He then worked as a pitching instructor in the minor leagues for the Arizona Diamondbacks. He returned to Pusch Ridge as head coach. In 2010 Jones became an assistant coach at San Diego Christian College under Chris Bando. After five years there, he returned to organized baseball as pitching coach for the Rookie-level Boise Hawks in the Colorado Rockies organization in 2015-2016 and the Grand Junction Rockies in 2017-2018.

He died of complications from COVID-19.