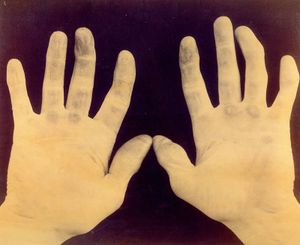 Doug Allison played ten seasons in the major leagues after being a famous member of the Cincinnati Red Stockings. He originally learned to play during the Civil War and stuck with the game afterwards. He was on the famous Red Stockings team of 1869 and then played in both the National Association and the National League when each was started. He came back years later to play one game in the American Association, going 2-for-3. He also umpired four games in the National Association, between 1872 and 1875.

During the off-season, he was a marble cutter and brick maker. After his baseball days, he worked in the federal government with the postal service. He was the brother of Art Allison.

The lengthy account below (apparently derived at least in part from an 1876 Boston Globe article) about Doug's Civil War service may or may not be completely true: "Since Allison's regiment saw no combat duty, this account must be taken with a grain of salt . . ." - from the Civil War Veterans Who Played Major League Baseball Research Project of SABR.

In the Civil War, 192nd Regiment, Pennsylvania Infantry (100 days); gunner in Fort Sumter during the late war, and is the only survivor of three batches of gunners of six men in each batch. His service during the war accounts for his impaired hearing. This regiment was recruited from the 20th Pa. militia, which had been called into the service of the state, under command of Col. Thomas in 1862 and again in 1863. It rendezvoused at Camp Cadwalader, Philadelphia, where fourteen companies were organized and mustered into the U. S. service on July 7, 1864, for a term of 100 days. On the 23rd it left the state for Baltimore and on Aug. 1st was ordered to garrison Fort McHenry, where it was drilled in heavy artillery duty. About the middle of the month it moved to Johnson's island, Lake Erie, but remained there only a few days when it was ordered to Gallipolis on the Ohio river. Here it was employed in guarding and forwarding supplies accumulated for the Union armies. On Sept. 30 Cos. M, A, B, F, D, L and G, under Maj. McClintock, were ordered to Weston, W. Va., where they served under Gen. Kelley until the close of their term of enlistment. On the expiration of their term of service the two battalions proceeded to Philadelphia, where the command was mustered out on Nov. 11, 1864. The regiment was reorganized for one year's service with the following officers: Col., William W. Stewart; Lieut-Col., Thomas McLeester; Maj., William F. Johnston. October 18, 1864, a sufficient number of men from the 100 days' organization to form one company re-enlisted for one year's service. In the spring of 1865 nine new companies were organized at Harrisburg and proceeded to Harper's Ferry, where a regimental organization was effected, which continued to be known as the 192nd of the line. On the opening of the spring campaign the regiment moved up the valley to Staunton and Lexington, but saw little fighting, as the war was practically ended. He remained in service in the Middle Military Division until Aug. 24th, when he was mustered out." It has been noticed that Allison is somewhat deaf, which infirmity has led to some unfortunate mistakes by the veteran in base running, when balls have been declared foul. On one occasion in particular, in a game with the Bostons, Doug started from first base and got nearly to third before Ferguson could stop him, and the ball being foul, of course he was out before he could get back.

This manager's article is missing a managerial chart. To make this person's article more complete, one should be added.
Retrieved from "https://bpv.baseball-reference.com/bpv/index.php?title=Doug_Allison&oldid=1131285"
Categories: