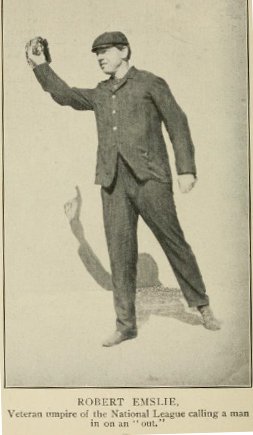 After that he was a major league umpire for 35 years, starting in the A.A. in 1890 and including on the day when the famous Merkle Bonehead Play occurred. At one point, he held the record for most games umpired in major league history. In 1911, with the introduction of the two-umpire system, he stopped working behind the plate and was exclusively a base umpire until his retirement after the 1924 season. He then served as Chief of National League umpires for a spell.

He was nicknamed "Blind Bob", but in fact was an excellent marksman.

He was named to the Canadian Baseball Hall of Fame.