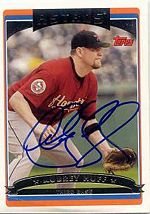 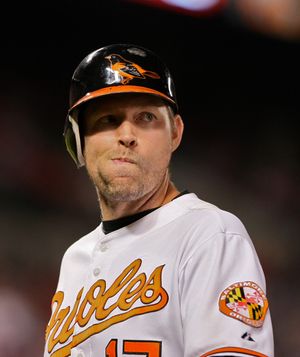 Huff was a key contributor to the San Francisco Giants' first-ever World Series title in 2010. After signing with the team as a free agent in the off-season, he played 157 games with the team, splitting his time between first base, right field and left field, and hit .290/.385/.506, with 35 doubles, 26 homers and 86 RBI as the main power threat in the team's line-up. He hit .268 in 15 postseason games, scoring 7 runs and driving in 8, and hit a pair of doubles and a homer as the Giants defeated the Texas Rangers in 5 games in the Fall Classic. He finished 7th in the voting for the 2010 National League Most Valuable Player Award. He played another 150 games in 2011, but his batting average fell to .250, as the whole team seemed unable to generate any offense in support of its still excellent pitching. He fell from 100 runs scored to a mere 45, and was limited to 12 homers and 59 RBI.

Huff was still splitting time between first base and left field at the start of the 2012 season, even getting his first-ever playing time at second base in an emergency; he committed a costly error, costing the team a game against the New York Mets on April 21st. Then on April 26th, the Giants announced that he had been placed on the disabled list because of social anxiety disorder. The announcement surprised teammates, as Huff had been known for his sense of humor and ability to help keep everyone loose in the clubhouse. He came back in May, but was no longer a starter, and missed two other large chunks of the season, in July and August, finishing with only 52 games played and 78 at bats, during which he hit .192. He was kept on the Giants' post-season roster as a pinch-hitter, but went 1 for 9 with a walk, getting only one at-bat in the 2012 World Series; he would have seemed a natural choice to be the team's DH during the two games played on the road against the Detroit Tigers, but it was instead Hector Sanchez and Ryan Theriot who started those games. Still, he got a second World Series ring, even though his on-field contribution was minimal.

Huff did not play anywhere in 2013, but waited until January of 2014 to officially announce his retirement. He accepted a job as an announcer for college baseball games of the Pac 12 Conference. In 2017, he self-published his autobiography, revealing his struggles with depression and anxiety. He became eligible for the Hall of Fame in 2018 but did not receive a single vote and dropped off the ballot.

In November of 2019, he became the latest player or ex-player to make the news for his extreme political views, explaining that he was teaching his sons to shoot guns "in the unlikely event Bernie Sanders becomes president". He added "Knowing how to effectively use a gun under socialism will be a must", as he was clearly glad to be preparing for civil war or a complete breakdown of social order. That came on the heels of his complaining about athletes having to pay alimony to their ex-wives following a divorce and accusing all these wives of simply marrying for the money. More enlightened opinion came from him when the Giants hired Alyssa Nakken as a coach in January 2020; his comment on Twitter was that he "couldn't imagine taking baseball instruction from an ex female softball player." As a consequence of his toxic rhetoric, the Giants announced that he would not be invited to take part in celebrations of the 10th anniversary of the 2010 World Series win to be held later that summer.