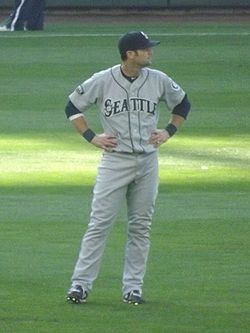 Kennedy's father Tom played baseball at U.C.-Riverside. After college he coached high school baseball at J.W. North High School in Riverside, CA for around twenty-five years and sent two players to the major leagues: his son and Alvin Davis. His brother Bryan Kennedy, a catcher, was drafted in the 24th round of the 2001 amateur draft by the Minnesota Twins. He played a couple of games at AAA in 2003, and spent 2004-2005 at AA.

Kennedy holds the record for the most home runs in one postseason game, with 3 against the [[2002 Twins|Minnesota Twins] in the 2002 ALCS; he shares this record with five other players. He was batting ninth that day. No other batter has hit even two home runs from the ninth spot in a postseason game.