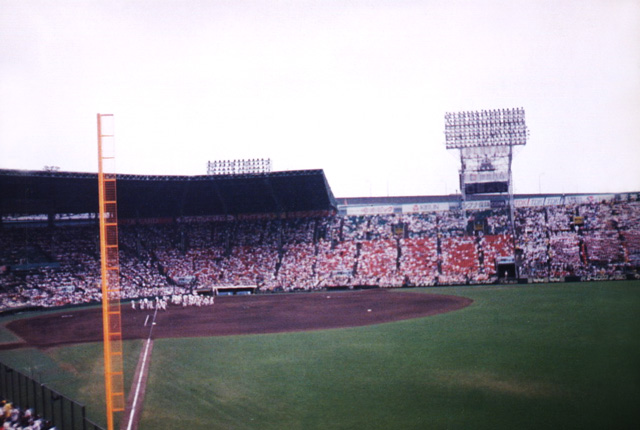 Hanshin Koshien Stadium is the oldest ballpark still-standing in Japan having been built from 1922-1924 and opened on April 1, 1924. It is currently home to the Hanshin Tigers. The stadium's original name was Hanshin Densha-Koshien Great Sports Ground, it name was changed to its current form on February 14, 1964. Since its construction it has been host to the both the National High School Baseball Championship and the National High School Baseball Invitational Tournament. Both tournaments are now synonymous with the stadium and both are referred to as Koshien. Since 1936, it has been the primary home stadium of the Hanshin Tigers (currently of the Central League). It was also home to the Nankai Hawks in 1948-1949. The stadium was firebombed in 1945 but continued to be expanded. Initially holding 53,000 fans (the most of any stadium in Asia at the time) capacity was later expanded to 60,000 but has been scaled back to just over 50,000. The stadium's capacity will reduce to 47,000 in future renovation work lasting from 2007 to 2009. The infield dirt has been called "sacred".