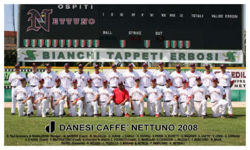 Nettuno have been beset by financial problems the last few years. Because of this they did not field a team in 2016 or 2019 and in both 2017 and 2020 they dropped down to Serie A2, the level below Serie A1. In 2018 they played under the name "Nuova B.C. Città di Nettuno Baseball", which translates as the "New City of Nettuno Baseball B(aseball) C(lub)", commonly abbreviated as "Città di Nettuno" or "Nettuno City" in English. 2020 saw the team renamed "Nettuno 1945" and win promotion back to Serie A1. They are not to be confused with Nettuno Baseball City, a rival club from the same city. 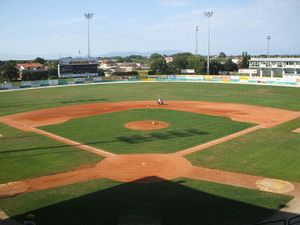