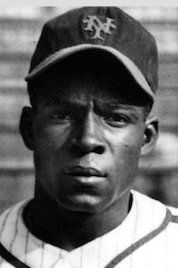 Hall of Fame: Inducted as Player in 2022. (Voted by Golden Days Era Committee)