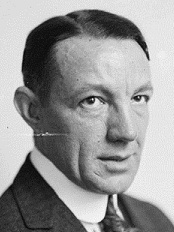 The father of Bill Veeck and grandfather of Mike Veeck, William Veeck is best remembered as president of the Chicago Cubs.

After beginning his career as a sportswriter (using the pseudonym Bill Bailey), Veeck was appointed vice president of the Cubs by William Wrigley in 1918 and became president of the team the following year. Under his leadership, the Cubs acquired Hall of Famer Rogers Hornsby and reached the World Series in 1929 and 1932 (losing in both seasons).

In 1920, he was sued by Lee Magee, who was cut from the team by Veeck after having admitted to throwing a game. In 1933, he proposed interleague play, an idea which would not reach fruition for 64 years. He held the title of president of the Cubs until his death in 1933 at age 56.