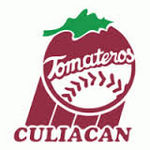 Located in Culiacán, Sinaloa, the Culiacan Tomato Growers have been members of the Mexican Pacific League since 1965-66. They have won 13 pennants, including five under the guidance of Frank Estrada. They won the Caribbean Series in 1996 and in 2002, making them the only LMP team with multiple victories on that stage until 2011 when the Yaquis de Obregon joined them. The team has had several league MVPs: Andrés Ayón, John Morris, Tomas Armas, Salome Barojas, Nelson Barrera, Martin Hernandez, Rodrigo López, Adán Muñoz and Luis Cruz.