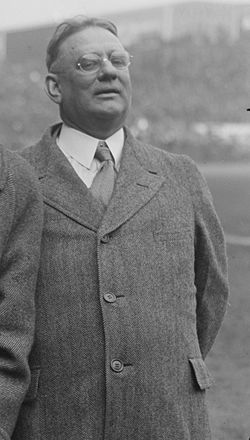 Tillinghast L'Hommedieu Huston was co-owner of the New York Yankees, with Colonel Jacob Ruppert, from 1914 to 1923. They purchased the club from Frank Farrell and Bill Devery for $460,000. It was during this period that the team began to acquire the stars that would lead them to their first real sucess in the early 1920s, such as Carl Mays and Babe Ruth. It was also at the end of their period of co-ownership that Yankee Stadium was built for the team to move in in 1923.

In June of 1923, Huston sold his share of the team to Ruppert for $1,250,000. This made Ruppert the sole owner. In 1937, Huston offered $1.7 million dollars to buy the Brooklyn Dodgers and planned to install lights for night games. His offer was refused.