José Méndez is considered the best Cuban pitcher prior to Dolf Luque and arguably the greatest hurler ever born on that island. Known for his long fingers, he threw a hard fastball, curveball and changeup.

He made his professional baseball debut at age 18. In 1906-1907, he went 9-0 in the Cuban Winter League for the top record. He was 15-6 the next year and also made his US debut with one of the Cuban Stars clubs and the Brooklyn Royal Giants. He beat the Cincinnati Reds 1-0 on November 15th, throwing a no-hitter for 8 2/3 innings before Miller Huggins got a cheap single when no one covered first on a grounder between first and second. He also pitched 7 scoreless innings of two-hit ball against Cincinnati two weeks later. He then pitched a 5-hit, 8-strikeout effort in another whitewash of the Reds in December. That winter, he conducted the first of many tours of the Caribbean to promote baseball. In addition to playing, he would sing, play the cornet, clarinet and guitar.

In 1908-09, José was 7-0 in the Cuban Winter League. He was 0-1 in a Negro League contest and faced many white teams that winter. He beat the Indianapolis Indians 2-1 with 11 strikeouts, lost 9-3 to the Detroit Tigers, fell 4-0 to Detroit, beat the Tigers 2-1 and beat a US team of Sherry Magee, Danny Hoffman, Germany Schaefer, Jimmy Archer and Tommy McMillan 3-1.

Méndez was 18-2 in the 1909-1910 winter ball season to again be the top pitcher. He was 1-0 in the US, tied Rube Foster 4-4 in one duel and beat the Leland Giants in two visits to Cuba. He lost to Detroit 3-0 thanks to six errors by the Havana Blues, tied the Tigers 2-2 and lost 6-3 to Detroit, during which Ty Cobb went 1 for 2 with a strikeout in his first match-up against the hurler (Cobb missed most of Detroit's games against Latino or black teams in the fall and winter). He beat Eddie Plank 5-2 when the Philadelphia Athletics came to town in December and then topped Plank 7-5 in another match. Overall, he was 2-2 against major league American teams for the second straight winter. 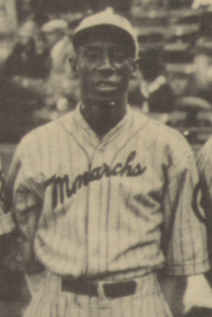 Méndez at the 1924 Colored World Series

In 1910-11, Méndez was 9-5 for an off-winter. He was 4-0 with a 3.65 RA against top black teams, while the rest of the Cuban staff was 0-5 in the US. He was 2-4 with a save against the New York Giants and Philadelphia Phillies, losing a 4-0 match-up to Christy Mathewson despite allowing only five hits. John McGraw said he was like Mathewson and Grover Cleveland Alexander "rolled into one" and worth $30,000 if he were white. José was 7-5 in the 1911-12 winter season. He was 3-1 in Negro League competition and went 1-2 against the Philadelphia A's.

In 1912-13, the Cuban ace went 10-0 in the CWL and he was 2-0 the next winter when arm trouble began to hamper him. He joined the All Nations team around this time, not facing top competition, and moving to shortstop. In 1913, he lost 4-0 to the Brooklyn Superbas. Overall, he had gone 9-11 against MLB teams with a 1.54 ERA (for games where earned runs are available; they are missing from four accounts).

In 1915, two US newspapers claimed Mendez had killed Cuban teammate Rafael Figarola with a pitch in batting practice. The account was quickly corrected as Figarola was still alive and would play for several more years. Unfortunately, the false story had traction and made it way into reputable sources, such as The Biographical Encyclopedia of the Negro Baseball Leagues.

In 1921, José was 1-0 with a 2.87 ERA for the Monarchs, hitting .278 as a utility man. In 1922, he was 1-2 with a 4.95 mark. 1923 saw him bounce back with a 12-4 record, two saves and a 3.17 ERA. On August 5th, he combined with Wilbur "Bullet" Rogan on a no-hitter of the Milwaukee Bears, pitching five perfect innings. He also became a player-manager that year, taking over the KC reins from Sam Crawford. He hit .239/~.280/.409 as a utility fielder; in fact, Mendez and Rogan both played every position that year except shortstop and catcher. Mendez pitched for and coached the 1923-24 Santa Clara team in the Cuban Winter League to the league championship; he posted a 3-1 pitching record for the team.

In 1924, the 37-year-old veteran was 6-1 with 2 saves and a 2.57 ERA. He had surgery that fall and was ordered not to play by his doctor, but relieved in Game 7 of the Negro World Series and won the game. He relieved again five days later, then won the finale on October 20th with a 5-0, three-hit shutout of the Hilldale club.

Only a couple of years after retiring, he died from bronchopneumonia at age 41. In 1939, he was one of the first players selected for the Cuban Baseball Hall of Fame. 67 years later, in 2006, he was selected by the Special Committee on the Negro Leagues for the Hall of Fame.

It is unclear what José's full name is. Researcher Gary Ashwill found José Méndez Ramos in a 1912 Cuban newspaper, José de la Caridad Méndez Arco de Tejada in the book Pride of Havana and José Méndez Baez in The Biographical Encyclopedia of the Negro Baseball Leagues.