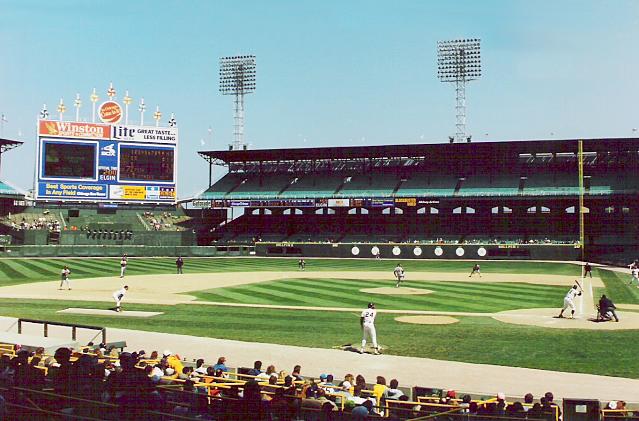 Comiskey Park was also home to the Chicago American Giants of the Negro American League from 1941 to 1950 and was also the site of many instances of the East-West Game. Known as "The Baseball Palace of the World," it was named after White Sox owner Charles Comiskey, who built the park on the site of a former dump in 1909. Comiskey Park was the third concrete-and-steel park in the American League. It hosted just one World Series in which the home team won, the White Sox victory in 1917. However, the Cubs played their 1918 Series against the Boston Red Sox here, and of course the Black Sox Series of 1919 was at Comiskey Park. It also hosted the first All-Star Game in 1933. The World Series returned to the ballpark in 1959, but the White Sox lost to the Los Angeles Dodgers. In its final season, Comiskey saw Bobby Thigpen set a single-season saves record, the debut of future Hall of Famer Frank Thomas, and a young Sammy Sosa in the outfield. By the time the Sox returned to the World Series in 2005, the old Comiskey Park was a distant memory.