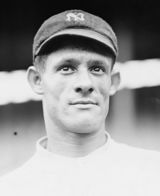 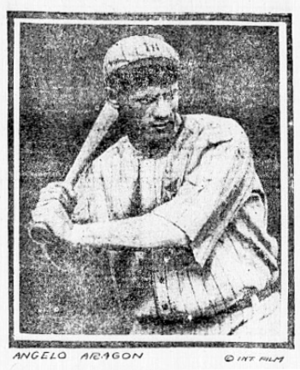 Ángel Aragón was one of the earliest major leaguers born in Cuba. He was born there in 1890, the same year as Dolf Luque, and broke into the majors with the New York Yankees in 1914, also the same year as Luque's debut with the Boston Braves. Ángel was also in the majors with the Yankees in 1916 and 1917. One source opines that he may have been the first Hispanic on the Yankees.

He had a long minor league career, including parts of eight seasons with teams in Richmond, VA. In 1915, he played with the Long Branch Cubans. He was with the Toledo Mud Hens in 1917 and 1918. In later life, he was a scout for the New York Giants.

Some sources say his nickname was "Pete". His New York Times obituary used the nickname "Bing". His son, Jack Aragon, managed the Knoxville Smokies at the time of Ángel's death.