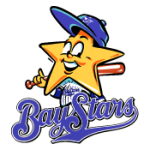 The 2017 Japan Series was the 68th match-up of the champions of the Central League and Pacific League, Japan's top two circuits.

The home fans had plenty to cheer about in an opening rout. CF Yanagita, who had recently returned from a rib injury, led off with a single off Shoichi Ino and SS Kenta Imamiya bunted him over. DH Despaigne doubled him in for a quick run. In the second, they tripled their lead. 3B Nobuhiro Matsuda singled and light-hitting LF Yuya Hasegawa went deep to center for a 3-0 edge.

Yokohama got to Senga in the 5th. DH Tomo Otosaka hit into an error by 2B Kenji Akashi and SS Toshihiko Kuramoto singled (9th-hitting Kuramoto had two of Yokohama's six hits while the 3-4-5 punch of López, Tsutsugo and Miyazaki went hitless). CF Masayuki Kuwahara grounded in Otosaka to make it 3-1. The Hawks then delivered a pounding in the bottom of the inning. Imamiya walked, stole second, took third on a throwing error by C Hiroki Minei and Despaigne singled him in. RF Akira Nakamura drew a one-out walk and Matsuda singled to load the bags. PH Keizo Kawashima drew a walk from RP Kenjiro Tanaka to force in a run. With two outs, C Takuya Kai also drew a bases-loaded walk to make it 6-1. Yanagita singled in a pair, then Imamiya cleared the bases with a triple for the 10-1 final score.

It was a much closer game for Yokohama but the same end result - a loss, this time only by one run and tainted with controversy. Yokohama ace Imanaga started slowly as CF Yanagita singled, was bunted over by SS Imamiya and scored on a single by DH Despaigne. 1B Seiichi Uchikawa walked but Imanaga recovered to get LF Nakamura on strikes and 3B Matsuda on a grounder. After 2B Keizo Kawashima opened the second with a double, Imanaga settled down, fanning the next three and allowing only two more hits and one more walk. He struck out a season-high ten in six innings before exiting with a lead.

The lead came about in the top of the sixth. Higashihama had allowed only two hits and one walk in five shutout innings. With one out in the 6th, though, he served up a game-tying homer to RF Takayuki Kajitani and a single to López. Shinya Kayama relieved to face cleanup man Tsutsugo and got him swinging, then Yuito Mori came in against 3B Miyazaki, who greeted him with a homer to left for a 3-1 BayStars lead, their first lead of the Series.

In the 7th, PH Akashi got it going with a double to greet Tomoya Mikami, who relieved Imanaga. PH Ryuma Kidokoro bunted Akashi over and Yoshiki Sunada came in to face Yanagita, who singled in a run. Spencer Patton took over and Imamiya hit what could have been an inning-ending double play save for an error by Yokohama 2B Tatsuhiro Shibata. Patton struck out Despaigne then walked Uchikawa. Nakamura singled to right, scoring Yanagita with the tying run; Imamiya ran for home while the relay throw headed to C Yasutaka Tobashira. Imamiya saw the throw coming in ahead of him so went with a head-first slide and was ruled out. Kudoh called for a review and the umpires left the field for several minutes, reviewing five or six replays from different angles, eventually overturning the call for the game-deciding run.

Kudoh turned to Liván Moinelo in the 8th and he retired Kajitani, López and Tsutsugo. Then it was star closer Sarfate for the 9th. He walked Miyazaki and Shibata laid down a sacrifice, but Sarfate struck out DH Otosaka and Tobashira to end it.

With the Series moving to Yokohama, the hosts turned to a key part of their only Series champ, Kazuhiro Sasaki, to throw out the ceremonial first pitch. Once the game got underway, though, Softbank won yet again to move a game shy of a sweep.

In the top of the first, CF Yanagita again was a sparkplug, singling off Joe Wieland, getting bunted over by SS Imamiya and scoring on a two-out double by 1B Uchikawa. In the 4th, RF Nakamura singled off Wieland and 3B Matsuda hit into a force. 2B Akashi singled Matsuda to third, then stole second. C Hiroaki Takaya then came through with a two-run single to center.

Softbank starter Shota Takeda allowed three walks in the first two innings but thanks to Takaya throwing out runners trying to steal and a double play, he faced the minimum. 1B López hit one-out homer off him in the bottom of the 4th, then Yokohama loaded the bases but Takeda retired 2B Tabata then struck out Wieland (who was batting in the 8th spot) to escape trouble. In the 6th, game 2 winner Ishikawa (who won again today) walked LF Tsutsugo and gave up a single to 3B Miyazaki. C Minei bunted the runners over and Shibata drew a walk to load the bases. PH Otosaka went down swinging for out number two. Kayama relieved and allowed a run-scoring single to SS Kuramoto, his third hit of the day from the 9 spot. Kudoh next tried Mori and he got CF Kuwahara to fly out to strand the bases loaded, though Yokohama had moved within a run.

The Hawks' bullpen shut down the hosts the rest of the way. Moinelo went 1-2-3 in the 7th, getting the 2-3-4 hitters in RF Kajitani, López and Tsutsugo (the lone time Tsutsugo was retired today), the latter two on Ks. In the 8th, Iwasaki allowed only a two-out single to Shibata. Sarfate then closed it out with a 1-2-3 frame as well.

Yokohama avoided a sweep with a resounding game 4 win. Rookie Haruhiro Hamaguchi did not allow a hit for 7 1/3 IP, tying Minoru Murayama (1962) and Shinji Sasaoka (1991) for the second-most no-hit innings in a Japan Series game, behind Daisuke Yamai's record. The first hit was a one-out double in the 8th by PH Shinya Tsuruoka; after a two-out 1B by Yanagita, Hamaguchi was yanked, having throwng 119 pitches. Patton and Yamasaki got the next four outs to finish the two-hitter.

Veteran Tsuyoshi Wada had stymied the home team for four, but in the 5th they gave Hamaguchi some support. 3B Miyazaki homered to lead off the fifth. RF Kajitani and C Shuto Takajo both singled and Hamaguchi bunted them over. SS Kuramoto, again batting 9th, hit a sacrifice fly to make it 2-0. In the 7th, Takajo took Igarashi deep for more support. Then, in the 8th, they went to town on Tadashi Settsu. 1B López doubled and scored on a one-out hit by Miyazaki. Kajitani doubled and Takajo rapped a two-run single for a 3-RBI day.

Softbank got going in the first off Kenta Ishida, when SS Imamiya had a one-out single and 1B Uchikawa doubled him in with two away. Meanwhile, their Dutch master van den Hurk had struck out seven of the first 11 batters without allowing a baserunner. Yokohama then got going as 1B López doubled and LF Tsutsugo homered to make it 2-1. The Hawks struck back in the 5th. CF Yanagita singled to lead off and came around on a sacrifice fly by LF Despaigne for out #2. Uchikawa then singled and RF Nakamura took Ishida deep for a 4-2 edge, knocking Ishida out. Yokohama's bullpen of Mikami, Sunada, Escobar, Patton and Yamasaki would shut out the PL champs for the next 5 1/3 IP.

The hosts then took control in the bottom of the sixth. Kuwahara singled off van den Hurk and stole second. 2B Shibata grounded back to the mound and van den Hurk did a behind-the-back grab to throw him out. After López walked, Kudoh replaced van den Hurk with Moinelo, but the move did not pan out as Tsutsugo doubled off the Cuban to make it 4-3. Miyazaki singled in López and it was a tie game. Minei pinch-hit for Tobashira hit into a crucial run-scoring error by 2B Akashi to make it 5-4, scoring Tsutsugo with the winning run.

The Hawks got a one-out single by Akashi in the 8th and a two-out walk by PH Shuhei Fukada to put the potential winning run aboard. Ramirez turned to closer Yamasaki, the first time this season he was being called on for a four-out save. He promptly struck out former PL MVP Yanagita (presumably a top contender in 2017 as well). In the 9th, Softbank gave the BayStara a scare. Imamiya singled (to go to 3-for-3) and Uchikawa had a one-out single. Yamasaki fanned Nakamura but allowed a hit to 3B Matsuda to load the bases. In the clutch, he retired Akashi on a grounder to end the game and force game 6.

The Hawks put away their fourth Series title of the decade with an exciting come-from-behind win, the 5th home win in six games this Series. They scored in the second for their lone run off Imanaga, who struck out 11 and allowed only two hits, who did his share for Yokohama. 3B Matsuda homered with two outs in the bottom of the second to put the home team ahead. Higashihama had allowed five baserunners in the first four innings but no runs, then Yokohama struck in the 5th. DH Hiroyuki Shirasaki homered to lead off the inning and SS Kuramoto hit a one-out single, as did CF Kuwahara. Kayama relieved and RF Kajitani bunted both men over. The move paid off when 1B López singled to left to score both runners and give Yokohama a 3-1 lead.

In the bottom of the 8th, LF Hasegawa doubled for the second hit off Imanaga, chasing him. With one out, CF Yanagita grounded home Hasegawa to make it a one-run game. Ramirez turned to Yamasaki for the save in the 9th, but Uchikawa homered with one out to tie the game, harming his former team once again. Kudoh stuck with Sarfate for the final three frames as the closer struck out three and allowed two hits (to Kajitani in the 10th and Minei in the 11th) and one intentional walk (to Miyazaki in the 10th). In the bottom of the 11th, Escobar walked Uchikawa and Nakamura with one out. Mikami relieved him and got Matsuda to hit into a force at third. 2B Kawashima then singled through the right side to score Nakamura with the Series-winning run. It was the 4th sayonara hit in Series annals.

Sarfate would win Series MVP, having one win and two saves.